“Hey, TOPG, what the heck?  You’ve been off the radar for a couple of months, when’s the next review?”  Quick version – “Life has been hectic (in part due to what you’ll read below)” and “hopefully in the next couple of weeks”.

Much of the energy and motivation I find to continue writing reviews and monitoring the “privacy-as-a-service” industry, stems from a place of frustration.  Most of you are familiar with the reason this project was started to begin with – that being my annoyance at how little relevant and unbiased information there was on the subject to begin with – by design.  This realization fueled me and led me to spend at first, hundreds, and at this point, thousands of hours making what you see on TOPS.  Even If it cost me a significant amount of what little free time I have, one of the big drivers here is the feeling that “they can’t get away with it”.

I’m a very stubborn person, and the sense of justice I have, has been both a gift and a curse.  I regularly and respectfully work with companies all the time to resolve problems both with their products/services and with their internal systems themselves.  That said: when I have an experience that is so anger-inducingly pathetic and ineptly handled from beginning to end – I have to write about it.  In this case, we’re talking about a recent experience with PayPal.

I’ve used eBay and Paypal for the better part of two decades, starting when both were still relatively new.  In that time, I’ve earned a 100% feedback rating on hundreds of transactions, and given them a decent amount of business.  In that time, I’ve dealt with difficult buyers/sellers, and in almost every case, I’ve been able to work out whatever problem came up.  Not this time, however.

Before you continue reading, note that everything below is more of a record of events for others to be aware of, if you are on the fence with PayPal for any reason – if you aren’t interested in a rant, turn back now!

Still reading?  Alright.  Here, I’ll provide a simple chain of events with the important bits of this story.  I want to lay out the facts and have my experience serve as a warning to avoid PayPal at all costs.

Early December: Sold phone on eBay.  Accurately described as lightly used, still functional, accompanied with pictures and marked as a “no returns accepted” auction.  Buyer wins item, which is promptly shipped via Priority Mail (to be nice, and at my added expense).

Buyer opens a claim with eBay.  As per eBay policy, both the buyer and seller have a few days to work out the issue before it gets escalated and a decision made, so…  Buyer contacts me out of the blue with vague claims of the battery on the phone dying too quickly.  I request information in the form of screenshots so I can see what is using so much battery, providing step-by-step instructions.  (Hint: it’s about 3 taps worth of work.  Buyer “can’t figure out what [I] need”.  We go back and forth, I get bits of information, but they’re out of context and useless on their own.

At this step, seller’s intuition tells me that we’re probably looking at a case of buyer’s remorse and that I’m not going to be getting anywhere in this process.  I call eBay, who agrees with my conclusion, was helpful and advised me that they would escalate and close the case in my favor given the buyer not holding up their end of the arrangement.  “Great”, I think.  “Case closed, problem solved”.

The buyer then opens a claim with PayPal, who takes them at their word without any input from me and just deducts the money from my account.  I’m basically told “tough luck”, the buyer will be shipping you the phone back directly.

I get the phone back a few days later – improperly packaged in a thin cardboard envelope with the charger wedged between it and the box housing it.  The phone had clearly been mistreated (likely even before shipping), as it now had several dents, dings, scratches, and scuffs that were not there from the start.  The original packaging and some of the accessories that came with the phone were also suspiciously missing from the parcel.

I started an appeal with PayPal, explaining what had happened.  I received an automated email telling me what to do next:

We’re contacting you with an update on your case and a request for some additional information. Provide us some document that can prove the damage of the returned item.

Not wanting to take any chances, I called a phone representative to make sure that I was doing everything I was being asked so I could have a quick resolution.  They echoed that I should indeed take photos of the packaging and the item, which I did while I was still on the phone.  The phone representative tells me that the photos I provided were perfect and exactly what I needed to submit.  They explained that they were making notes on the case to document the conversation and my full cooperation.

A couple of days later, I received an email back saying that I didn’t provide the needed information in time – which was wrong, I had quickly done this as soon as I’d received the original instructions – easily within 24 hours.  Chimps must work for PayPal AND write their automated email system.

By this point I had a real chance to see how the original complaint, the battery of the phone itself performed (it was fine).  I documented this new information along with screenshots with the new evidence.  I again called, and while I was on the phone, verified that this was proper procedure.  The representative assured me that the new battery documentation was perfect and would help serve as evidence for my appeal to be pushed through not only on the item being damaged in transit, but the claim of the buyer being incorrect as well..

A few days later I received an email saying my appeal had been declined because:

We are unable to grant your appeal for this case because we did not received any supporting documents within the specified timeframe.

We regret any inconvenience this has caused you and encourage you to work directly with your buyer for further resolution.

We appreciate your patience and cooperation regarding this matter.

After calling again that morning, I was told for the first time since the beginning of the case  that I (supposedly) didn’t provide the “right” kind of documentation (note that I had spoken to multiple representatives and received multiple emails providing instructions, none of which provided any information like this at all.  I asked specific questions about the documentation I provided being what was being asked for and each representative confirmed this.

I have wasted so much time at this point dealing with this problem. The buyer of my item has misled both me AND PayPal, I can prove it, and they’re totally fine with giving them everything and me nothing.

I refuse to go any further – It is not reasonable to expect me to do so after the time and evidence I’ve provided in full cooperation for the last few weeks.

I have been with PayPal for over a decade and eBay longer than that.  I have a high seller rating and have few if any claims or disruptions against me or my account.  I’ve been a loyal customer and as of this experience, I’ve been completely mistreated, and subjected to a process that is neither well thought out, nor a fair burden for a customer to bear, especially one in my position.

This brings us to the other day, and my tweet to PayPal and PayPal Support.

PayPal was quick to put on the mask of helpfulness and issue a predictable statement that they’d “do their best to help”.  Apparently “doing their best to help” equates to changing nothing and telling me that I still needed to find a third party, and pay them to test the phone out and write and fax a copy of their report on official letterhead.  (For the record, the original emails asking for documentation never had any large or fine print asking for so much).  Aside from this kind of process being mind-numbingly complicated and illogical in 2018, I probably would have given it an honest shot – if I were told ORIGINALLY that I needed to, and not 20+ hours of my time into this little project.

Not to mention – at this point, why would someone comply with PayPal’s instructions? I can’t trust that after providing what was asked for, PayPal wouldn’t come back one more time about something else they failed to mention. Their process for handling cases like this is OBVIOUSLY broken. The problem I have now extends beyond the original appeal. A token apology in a private message on twitter is not an acceptable conclusion. PayPal’s support representatives have even acknowledged their fault in previous calls, each of which they had recorded AND EVEN GONE BACK TO LISTEN TO IN MY MULTIPLE APPEALS.

But as long as they’re sorry and they did everything they could.

SO – here’s the crux of the post – I will no longer be using PayPal.  I will be cancelling my account with them, and swearing off both them and eBay.  If the Patreon incident recently weren’t bad enough – PayPal is yet another avenue I will be closing for donations.  I am still looking into alternatives – preferably privacy and customer friendly ones – but to date, I haven’t had much luck finding something acceptable to me.

If anyone from PayPal decides to read this – take note:  While I am a drop in the ocean, you will lose far more than the pittance I asked to be reimbursed, than you will in the aftermath of this experience.  The amount of time your support team has spent on this case and the amount of lost business from word of mouth and hopefully people influenced by my words, dwarfs what you would have spent granting my reasonable request. Words telling me you’re sorry are hollow and mean absolutely nothing if you ultimately decide to double down on the abuse.  May competition and Cryptocurrencies tear your business apart piece by piece in the coming future. 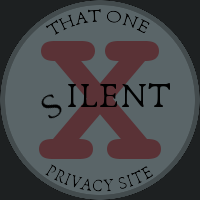 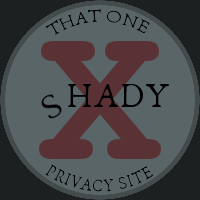 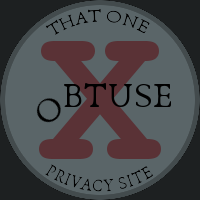 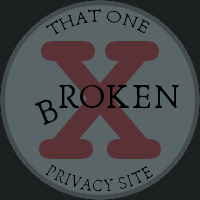 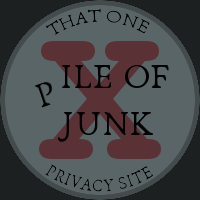 If you like the project and find my work useful, please consider donating – your generous contributions help pay for the hosting, tools, and time I need to do my research and keep the data fresh.

The Next Big Step(s) for That One Privacy Site

Written Dec 6, 2018 A few years ago, my desire for privacy grew and I started trying to change my digital habits. During this transformation, I discovered the need to opt out of unlawful mass surveill...

END_OF_DOCUMENT_TOKEN_TO_BE_REPLACED

PayPal is a Kafkaesque Nightmare

“Hey, TOPG, what the heck?  You’ve been off the radar for a couple of months, when’s the next review?”  Quick version – “Life has been hectic (in part due...